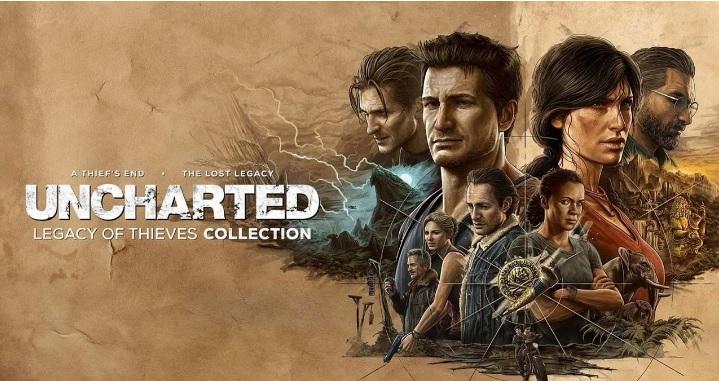 The most popular Uncharted: The Legacy of Thieves Collection is finally here for PC. The game was PlayStation exclusive for a few years and now that it is coming to PC. Just a few days after Spider-Man: Miles Morales got a definitive release date, Uncharted is now out for PC. The Legacy of Thieves collection contains enhanced versions of A Thief’s End and The Lost Legacy for PC players to experience.

The pre-order for the game began early last month and now you can finally install it on your system. The game costs Rs 3,299 in India and is available on Steam and the Epic Games store.

This time the game arrives with AMD’s Fidelity FX Super Resolution 2. This will allow users with older hardware to get better framerates. Partnering with Iron Galaxy Studios has allowed Naughty Dog to create a port uniquely suited to the platform.

System requirements of Uncharted for PC

The game does need a decent system to run it. However, if you have anything like an old GTX 900 series card and Intel Core i5, you can run it on Medium settings at 720p resolution. If you want to play it in 4K Ultra as mentioned above, you will need the hefty RTX 3080 GPU and Intel i9 CPU.

On High Settings with 2K, 60fps

On Ultra Settings with 4K, 30fps

The developers mentioned that they have reworked certain mini-games that required Dualshock 4-exclusive features for PC. Those without a controller can rest assured that they won’t get a compromised experience of Uncharted on PC. Going the extra mile, the developers have also included RGB support for Razer Chroma peripherals and Chroma Link alongside Logitech and Corsair mice.

Related Topics:Uncharted is now on PCUncharted: The Legacy of Thieves Collection