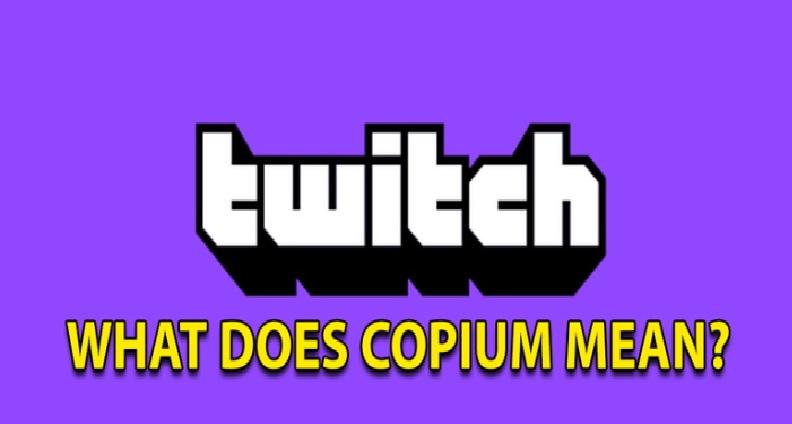 Copium is one of the latest entries into the long list of Twitch memes that have become quite popular amongst fans. If you are an amid user of Twitch and Reddit, then you must have seen the Copium word in the comment sections. Do you know the meaning of Copium? If you are confused about What exactly is Copium and how it originated? Read out the whole post.

What is the Meaning of Copium in Twitch chat?

Copium is a combination of Cope (creating a psychological defense of a lighter belief to deal with a harsh truth) and Opium (a Drug). Copium in Twitch chat refers to the use of this fictional drug to cope with loss or failure on stream. Generally, it depicts a Pepe the Frog meme that shows the character hooked to a Copium tank.

Copium is quite a fascinating word that does not arrive from the brain of the streamer.  It was first introduced on Reddit and got popular through the United States Elections.

On social media platforms and forums, the first use of the word was recorded in 2018 with an anonymous 4chan user using the word in the /int/ board. Copium got adopted into Twitch chat when Twitch user COUNCIL uploaded it as a FrankerFaceZ emote.

Where does Copium Originate?

Copium was first used during the United States 2020 Elections

In the early stage of the United States 2020 Elections, Donald Trump was in the lead. But, Suddenly, Joe Biden took over. In response to the results, someone posted a picture of Pepe the frog. He was wearing a cap saying “make America Great Again” and smoking “copium.” This is what led to the growth of a viral meme that caught the attention of Twitch personalities.

The word copium is a conjunction of two words, “cope” and “opium.” It means that if a person is losing then they should cope with that and smoke opium. This word fits in the Twitch culture quite perfectly. Twitch showcases a wide variety of gamers who have very different personalities.

People often lose games, and at times favorites get thrashed by underdogs. In such situations, people use the word copium, meaning the bigger teams should just accept it and move on.

This word is mostly used to mock sports and politics fans when the team or Party they support is losing or lost and now they will copium (cope using a fictional drug). You can find Copium on Urbandictionary as well. The meaning there is a bit twisted.

Copium word tries to give a life message with a comic touch. After the popularity of Copium word in the entire world, everyone is using it on Twitch, Reddit, and Youtube videos.

Well, this is everything about Copium meaning in Twitch chat. I hope, you will find this post informative. Share it with your Twitch friends and buddies.

Also read: What is the Mathematically Correct Sett build (Everything You Need to Know)

Also read: Ankha Zone: What Is It And How To Watch Its Original Video In 2022?

Related Topics:What is the Meaning of Copium in Twitch chat?Where does Copium Originate?