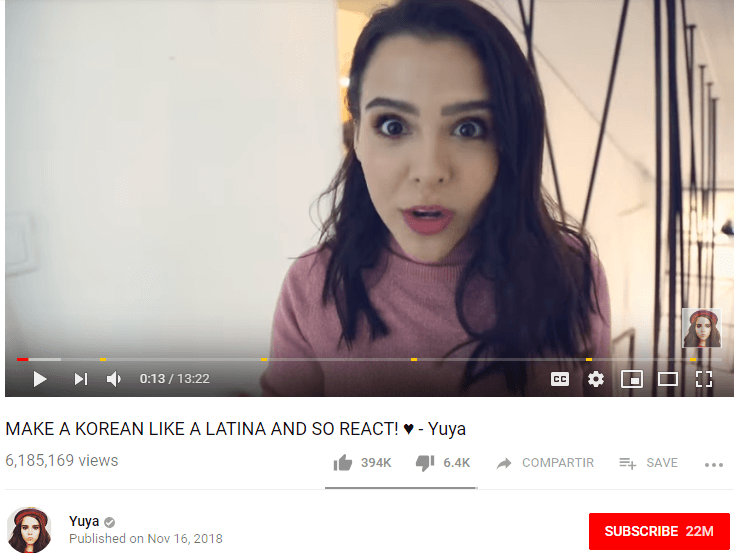 Here are 6 Women Youtubers You Need to Watch Today

Today, women are trying to change the narrative. They’re subverting traditional beliefs around roles, behaviors, and skills. A large number of women are breaking free from the patriarchal values of society to excel in dominant fields such as science, technology, education, and business. As a result of leading cable companies like Spectrum TV, there’s greater access to information today.

Therefore, people are more aware of issues related to gender imbalances, glass ceilings, and gender inequality. However, the world still has a long way to go in terms of equality. But social media is providing a space for women to help bridge the gap between women and technology. Here are the top 10 women tech YouTubers to look out for.

IJustine is one of the most widely watched tech Youtubers out there. She is changing popular beliefs and ideas regarding women in technology. Despite greater access to information and technology, women’s opinions on technology are still disregarded are considered inferior to those of men. However, iJustine is working hard to gradually challenge this notion. Justine Ezarik, the individual who runs this channel, uploads fascinating analyses of technology-related subjects. She gained popularity in 2007 when she reviewed a lengthy iPhone bill from AT&T. Apart from this, Justine also makes other videos related to cooking. The content she uploads is candid, light, and entertaining.

This is another woman-run channel on YouTube that has gained a large number of followers over the past few years. TechMeOut goes into depth over matters related to technology, cybersecurity, and gadgets. This channel simplifies arcane subjects and explains difficult conceits by breaking them down into simple explanations. TechMeOut is great for beginners who aren’t advanced in tech-related issues. Such viewers can understand complicated subjects easily and without much effort. Apart from this, the channel also reviews the latest smartphones and similar gadgets. It’s also especially popular for processes like jailbreaking smartphones.

Krystal Lora runs a technology-based YouTube channel under the same name. She is known to provide insight into various products and gadgets. Krystal draws comparisons between different products while also deeply analyzing their features. She has in-depth knowledge of what technology every gadget uses, how it performs, and how it’s different from its counterpart. As a result, a large number of users are using Krystal Lora’s channel to make decisions regarding which phone or gadget to buy. With this information, you’re likely to make well-informed decisions that are based on solid knowledge and analysis. Today, this YouTuber has more than 300,000 subscribers.

This youtube channel is breaking stereotypes by showcasing and recognizing important women in fields related to technology, IT, and software. The YouTuber interviews different women around the world working in technology. She then finds out about their job roles, their day-to-day lives, and how they cope with unrealistic expectations and norms. However, Coding Blonde is not just a content creator. The woman behind the channel is also an educator and an entrepreneur. Previously, she worked at a multinational corporation Google. As a result, she has extensive knowledge of gadgets and technology. She uses this on her digital platform to help empower other women and to encourage them to join any professional field they want to.

Estefannie Explains it All is a computer science-based YouTube channel that focuses on subjects related to IT, coding, and software. Estefannie, the woman behind this channel, has a degree in Computer Science. Along with this, she has extensive expertise in this field with both practical and theoretical knowledge. With this, the tech YouTuber simplifies Computer Science for every viewer. This field is known for being complicated and hard to understand. However, Estefannie Explains it All, does a great job at breaking down difficult concepts and explaining them in simple, layman terminology. This makes this a great channel for beginners and novices too.

There’s a widely held belief regarding models and intelligence. Most people believe it is very unlikely for a woman to be both a model and intelligent. However, former model Tiffany is changing this misogynist belief by running a successful tech platform on YouTube. The content she posts is related to coding, tech reviews, software, cybersecurity, and Artificial Intelligence. Apart from this, she also deals with issues related to lifestyle, routines, and burnout. Her videos are very candid and natural so they seem conversational instead of academic.

It’s important to support women in technology. Just by subscribing to these channels and actively watching the content, you’re not only helping society but also gaining extensive knowledge.