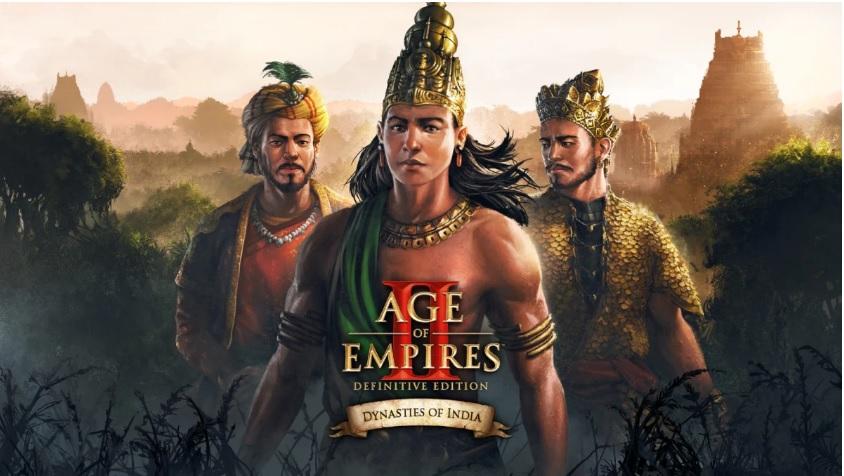 Xbox Game Studios has announces the rollout of the third expansion of Age of Empires 2: Definitive Edition called Dynasties of India. This real-time strategy game is now available for pre-order on the company’s official website at a price of Rs 265. Dynasties of India will introduce three new playable civilizations that include Bengalis, Dravidians, and Gurjaras.

According to Xbox, “The Indian civilizations provide a broad range of added content, including nine new units, 15 exciting new single-player missions, new buildings, and new achievements.” Players will also have to battle their way through three new campaigns spanning across India by uncovering betrayals and reclaiming lands while immersing in the stories of history. They will have the scope of earning 23 new achievements on their Xbox or Steam accounts.

Age of Empires 2 is going to release on April 28. As mentioned earlier, there will be three civilizations in this edition. In Bengalis civilizations, you will have to build an economy to fuel the armies of elephants. “The Bengali unique unit is the Ratha, a sturdy chariot that can switch between melee and ranged attack modes.

In addition to this, the upcoming game will also bring three new fully-voiced campaigns for Babur, Devapala, and Rajendra.

The new Bengali civilization will feature a unique unit called a Ratha (Hindi for chariot) offering both melee and ranged attack modes. This civilization is focused on an elephant and naval units, and researching their unique Paiks technology will help improve elephant units and Rathas. Bengali ships will also be able to regenerate 15 hit points (HP) per minute, and Town Centers will spawn two new villagers when advancing to the next Age. The Mahayana technology will also reduce the space taken by a villager, allowing for a bigger economy.

The second civilization is the Dravidians. They focus on infantry and naval units to seize the control of Indian Ocean trade routes. They use “utilize advanced metallurgy to build one of the wealthiest sea empires of medieval Asia.”

Unlike the Bengalis and the Dravidians, the Gurjaras civilization focuses on cavalry and camelry. It features two special units: the Shrivamsha Rider, a cavalry unit that can dodge enemy attacks, and the Chakram Thrower infantry unit that throws metal discs. Instead of a scout cavalry unit, Gurjaras will start with a camel scout and can research the Frontier Guards technology for additional melee armor for all Gurjara Camelry.

This civilization will allow gamers to garrison livestock inside mills for an infinite (but slow) supply of food. Fishing ships can also be garrisoned in Gurjara docks during an attack while researching the Kshatriya technology will reduce the food costs by 25 percent for all military units.